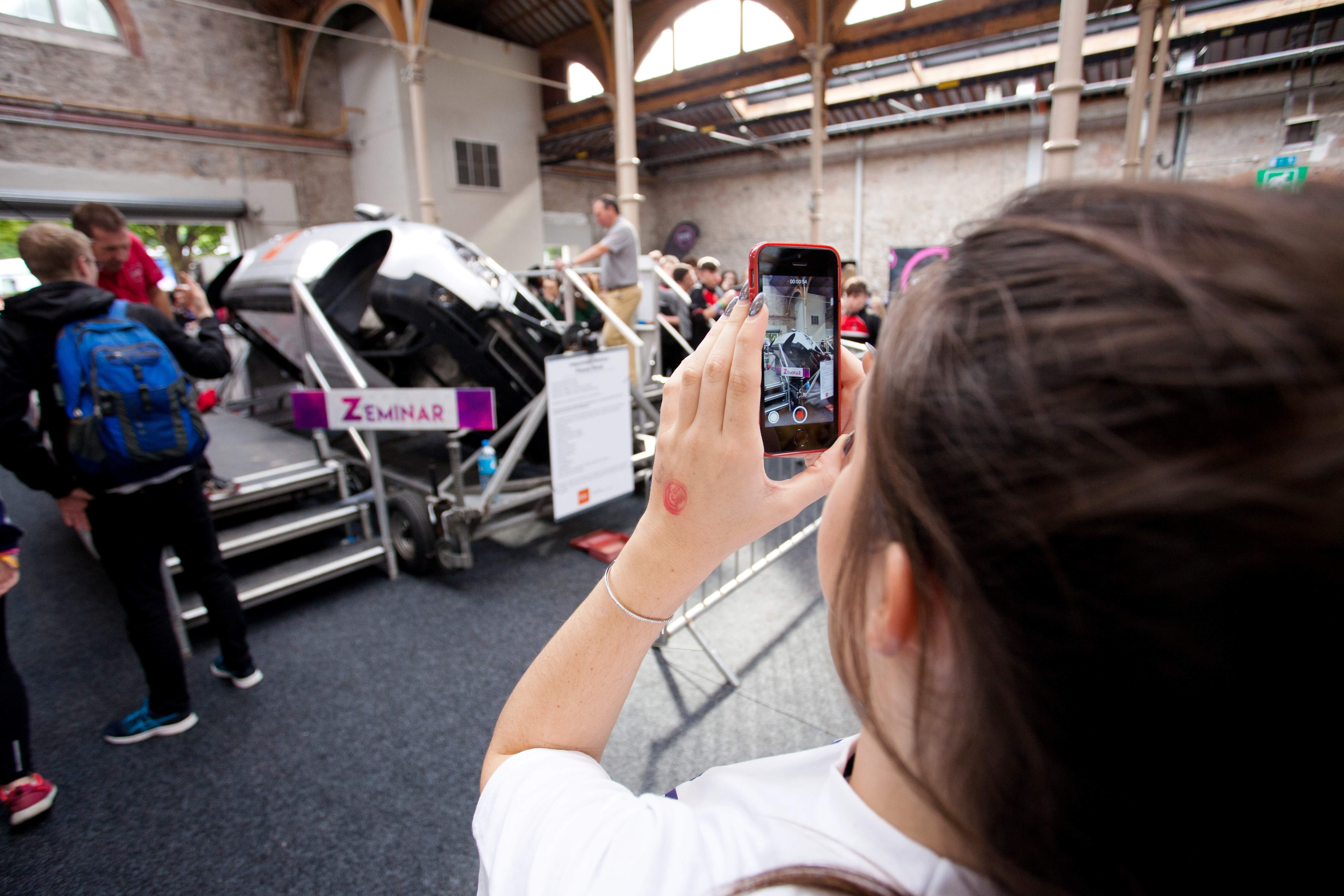 We have all our previous speakers talks on our youtube page which you can see here. 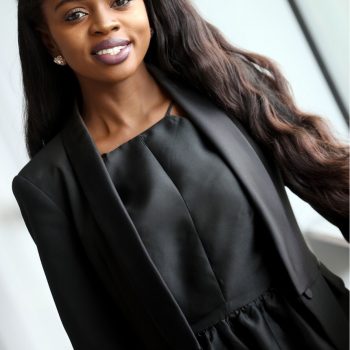 Zeminar and PwC brought Deborah Somorin to kick off proceedings on the last day of Zeminar 2018 at the RDS Concert Hall. Deborah told the remarkable story of how she has overcome growing up in care; being homeless at 13; pregnant at 14 and a mother at 15 to continue her education, qualify as a chartered accountant and setup her own charity. Deborah holds a degree in Accounting and Finance and Masters in Accounting from DCU and is now a qualified chartered accountant and Assistant Manager at PwC. She received 2 scholarships while in university to enable her to complete her studies. In 2017 she began sharing her story of overcoming adversity to help change the stigma attached with youth homelessness. She has won the JCI Dublin Ten Outstanding Young Persons award for 2018 and the JCI Ireland Ten Outstanding Young Persons award for 2018 as a result of her work in this area. In addition, Deborah currently sits on the board of directors for Chartered Accountants Support which supports members and students of Chartered Accountants Ireland. She has also recently founded Empower the Family, a not for profit company which aims to open student accommodation with affordable quality childcare for single parents between 18-23 in third level education. Empower the family is one of the acts for the United Nations Sustainable Development Goals (UN SDGs) with a focus on 3 goals, poverty alleviation, reducing inequality and providing access to quality education.

Cora Staunton has had her fair share of knocks but every time she has used her unique mental toughness to pick herself up and drive on! A Gaelic footballer, Association footballer, Rugby player and Australian Rules footballer Cora has smashed records (and bones) whereever she's gone. Best known for her leading role in the success of the Mayo Ladies GAA team, she is an 11 time All-Star as the team picked up 4 All-Irelands and 3 National League titles. 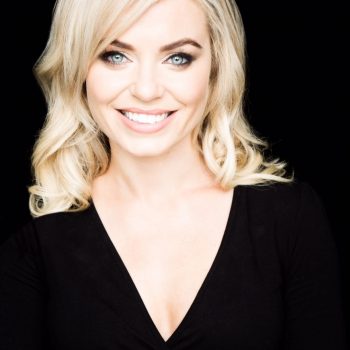 Anna is a presenter, sports contributor, motivational speaker and writer. She is a former All Ireland winning Camogie captain and former Cork Rose (2014). She has won over 20 All Ireland medals during her illustrious sporting career. 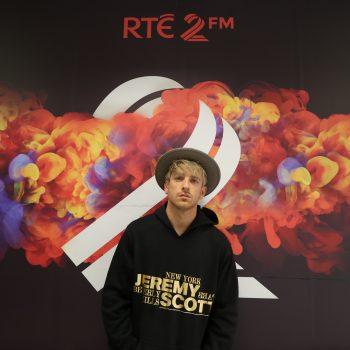 To support the Webwise Safer Internet Day on February 5th, 2019, we've created a very special Webwise playlist and will be adding to it all week - Enjoy! As part of the Webwise session at Zeminar 201, Stephen Byrne of 2FM shared some of his own experiences from his Leaving Cert year with the packed audience. Webwise is an internet safety initiative focused on raising awareness of online safety issues and good practice among students, their parents and teachers. 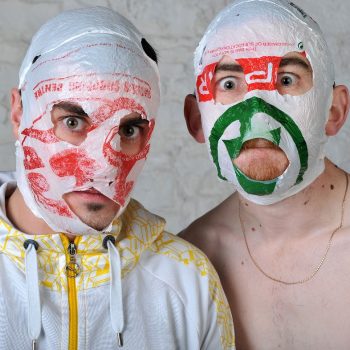 Blindboy is an artist, he is one half of the comedy duo the Rubberbandits. His work tackles the issues of Irish society, in particular contemporary attitudes to mental health, and all the aspects of Irish culture that it impacts. 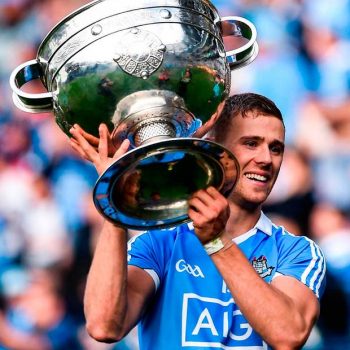 Dublin and Kilmacud Crokes GAA star Paul Mannion took to the main stage at Zeminar 2018 alongside Pat Divilly, Lauren Guilfoyle and Microwave Express - Diarmuid McCleary. Thanks to Credit Union and Languages Connect for making this happen. Paul is not your average elite athlete. As well as his 4 All-Ireland winners medals and All-Stars he is a management consultant with Accenture, speaks Chinese and decided last year to go meat and dairy free for the sake of the planet. A multi talented and highy intelligent young man it was an absolute pleasure to have Paul with us last year. Paul spoke to the young attendees about connecting authentically with other cultures and doing this via languages. Having ended up studying Chinese by mistake in UCD, he made the most of the opportunity and discussed how the year spent in China was the best of his life. 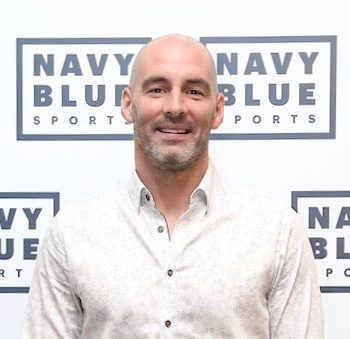 What a treat we had in store for the Thursday attendees at Zeminar 2018 as the PwC main stage welcomed Irish International, Broadcaster and Psychotherapist Richie Sadlier; Bohs and Dublin GAA Legend Shane Supple and NUI Galway Doctoral Researcher Elaine Byrnes, who focuses on sexual behaviour and consent. In this frank and entertaining discussion hosted by Michael Carey of TG4 in front of a thousand engaged attendees, the panel discussed: -Elite performance mindset -The mental side of retirement from top level sport -Social media -Mental fitness -Time managment -Sexual behaviour -The sexual consent workshops Richie and Elaine run at Richie's former school St. Benildus. 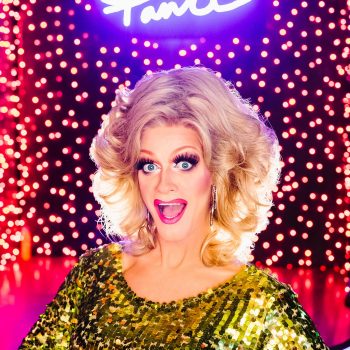 Be Yourself - Everybody Else is Taken

Panti is Ireland's foremost gender discombobulist and accidental activist. She began performing while an art student in the late 80’s before moving to Tokyo and becoming a fixture on the Tokyo club scene. Returning to Dublin in 1995 she ran some of Dublin's seminal club nights, hosted the legendary Alternative Miss Ireland for 18 years, and performed all over the world. Panti has written and performed four critically acclaimed, hit theatre shows: In These Shoes, All Dolled Up, A Woman in Progress, and High Heels In Low Places which have played to stellar reviews and packed houses across Ireland, the UK, Europe, Australia, and the US. She is currently starring in the spectacular and acclaimed show Riot which is touring across Europe, Australia and North America. In October 2014 she published her memoir Woman In The Making which was a bestseller in Ireland. In January 2014 Panti's creator Rory O'Neill sparked a national furore when he appeared on RTE television and discussed homophobia in Ireland. The ensuing scandal became known as Pantigate. In Feb 2014 Panti took to the stage of the National Theatre to defend herself. Her ten minute oration, which became known as The Noble Call, has been compared to some of the great speeches in the English language and a video of the speech went viral online, was broadcast on TV and radio around the world, and became an international sensation. It was also put to music by pop royalty, Pet Shop Boys. In 2015 year she expanded on some of the themes of that speech in a TED talk which also attracted a lot of attention. Panti became an iconic figure for equality in Ireland, and in 2015 she played a major role in the successful referendum campaign for Marriage Equality in Ireland. In October 2015 a critically acclaimed documentary The Queen Of Ireland about Rory and Panti broke box office records in Ireland and picked up awards at festivals around the world. She has been the recipient of many awards for both her work as an entertainer and as an activist, including a Person Of The Year Award and an Honorary Doctorate from the prestigious Trinity College Dublin. Since 2016 she hosts Pantisocracy, a popular radio chat show focused on science and the arts, on the Irish National Broadcaster RTE, and continues to appear regularly on TV. She is much in demand at home and abroad as a speaker and activist. Panti is also the landlady of her popular Dublin bar, Pantibar, which opened in 2007. Panti is currently writing and developing a TV series with Sky Atlantic and US based production company Playground Entertainment. The series is set in a fictionalised version of Pantibar. When not touring, Panti lives in Dublin with her Jack Russel terrier Penny.

This message is only visible to admins.

A little interview on The Limerick Post Show, thanks for the invite Meghan 😀

I spoke about Health Anxiety, how to deal with it, and procrastination amongst other things. ... See MoreSee Less

Zeminar 2019: Tuesday October 8th, 2019 was during Global Mental Health Awareness Week what a line up we had, in conjunction with Credit Union. Aoife Dooley ...
View on Facebook
·Share

This error message is only visible to WordPress admins


Error: API requests are being delayed. New posts will not be retrieved for at least 5 minutes.

We use cookies to ensure that we give you the best experience on our website. If you continue to use this site we will assume that you are happy with this.
Find out more about our privacy policyOkNo thanks!